An email was just sent out!

Registration is officially open. Here are the details that were in the email:

Hey guys! Registration for next season is officially open! Season starts either the last week of August (for Sunday-Monday leagues) or First week of September (for Tuesday-Friday Leagues).

In order to reserve your spot you will need to register your team and put down a $30 deposit! It is on a first come first serve basis. If you are currently in a league now, you WILL need to RE-REGISTER in order to secure your spot.

For new teams, please note that you will be asked for a Team Name at registration so make sure to have that ready!

Referrals:
Referrals are still in place! When you refer a NEW team to any league, have them mention your name in the notes section and YOU will receive $20 per team! You can do this as many times as you want and while spots are still available!

Leagues available by day include:

AND your team will be added to the “Hall of Fame” on our website!

If you would like to subscribe to our emails or view the email we sent out, please go here.

Hello ladies night! We are still on for tonight, the weather reports says that it should be clear enough to play. We will play it by ear!

Remember that there are no refunds for admission into the park if it ends up raining, so if you arrive early and want to wait in your car until start time please do. (Weather will be the only reason we run behind if we have to:)

Thank you and please keep an eye out on our news section of our website (https://sportsparktucson.com/news), on here or community page (https://www.facebook.com/groups/SportsParkTucson) for any updates.

For now, we are still on to play:) Thank you!

If you had a rain out day this season the schedule has been updated to reflect when you will have that make-up day. Please note that in order to stay within our contracted days and times we were able to have a “make-up week” but we also had to add an additional match to some of your existing game nights. Please make sure to look over your schedules again so you know what days you will be out there for three matches, if you have any questions please feel free to email us at contact@tucsonleagues.com. For schedules please go to our “Schedules” tab.

Email that was sent out can be found here. 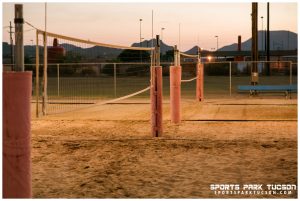