Here is what you will need to know about REVERSE coed 4v4:
General Rules of Play In reverse coed volleyball, the height of the net is 2.24 meters, the same height used in regulation female volleyball. Each team consists of an equal number of male and female players who alternate position and serving order. Typically, a coed team consists of 2 male and 2 female players.

Restrictions on Male Players There are two important restrictions on the actions of male players during reverse coed volleyball. Male players are prohibited from blocking at any point in the game and may not attack a ball while it is above the height of the net if they are in front of the attack line. The attack line should be marked 10 feet from the net. Male players behind this line are permitted to attack a ball even if it is above the height of the net. Males are also permitted to jump serve during reverse coed volleyball.

Blocking Rules for Female Players Only female players may block in reverse coed volleyball. In sand all players all live so both women can block if needed.

Special Rule for Multiple Offensive Plays When a team makes multiple offensive plays on a ball, there is a special requirement in reverse coed volleyball that a male player makes at least one contact with the ball. Contact made during blocking does not count as a play. Therefore, it is acceptable for a female player to block the ball and another female to hit it immediately over the net, as that hit is considered the first offensive play. However, if more than one play is made by a team during an offensive action, a male player must make one of the contacts. In practice, this encourages the use of a male setter. 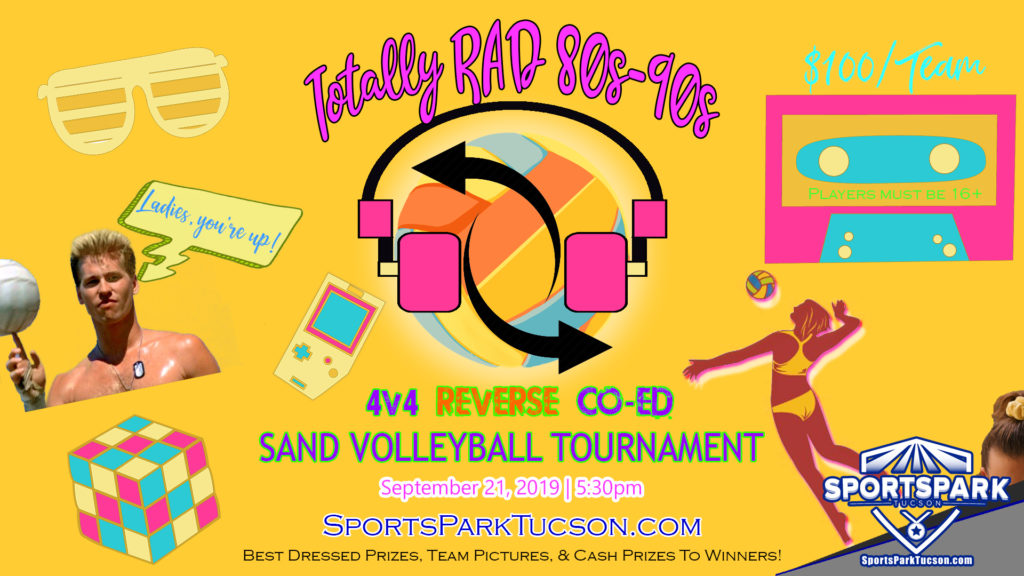 Special Thanks to Our Event Sponsors!

All Registrations must be Paid-in-Full 24 hours before the start date of the League/Tournament. This allows us to create a more accurate schedule. We will no longer be accepting Cash payments. Team Captains and Team Members can both make payments for their team online. This option is available for authenticated users under the "Registrations" tab. All Team Members will be required to create an account online and sign the participation waiver before they are eligible to play. All payments are made securely through PayPal and you do not need a PayPal account to pay through the PayPal website. PayPal has several payment options including Credit and Debit.